Guide: On the afternoon of June 13, a large container ship "GERNER MAERSK" collapsed during loading and unloading at Cooper Port, Slovenia。

On the afternoon of June 13, a large container ship "GERNER MAERSK" suffered a container collapse accident while loading and unloading at the Cooper port in Slovenia.

A total of five heavy boxes fell, two of which fell into the sea, stuck between the front of the pier and the hull, and the other three fell on the pier. 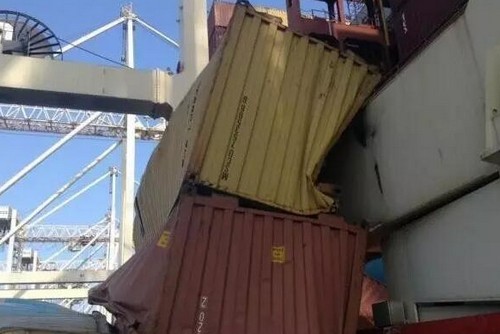 The damaged containers contained tires, protective films, garden furniture, etc. It is understood that the ship was originally planned to unload at the next voyage port-Trieste, Italy. At present, the five container goods are designated as full damage. 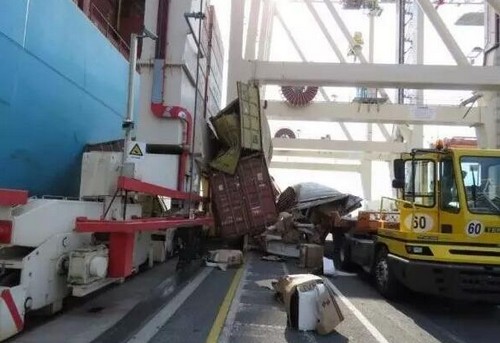